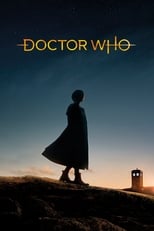 The further adventures in time and space of the alien adventurer known as the Doctor, a Time Lord/Lady who can change appearance and gender by regenerating when near death, and his/her human companions.

Movies & shows similar to Doctor Who available for streaming