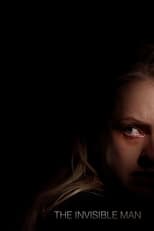 When Cecilia's abusive ex commits suicide and leaves her fortune, she suspects his death was a hoax. As a series of coincidences turn lethal, Cecilia's works to prove that she is being hunted by someone nobody can see.

No streaming sources available just yet Its release date is Wednesday February 26, 2020

Movies & shows similar to The Invisible Man available for streaming